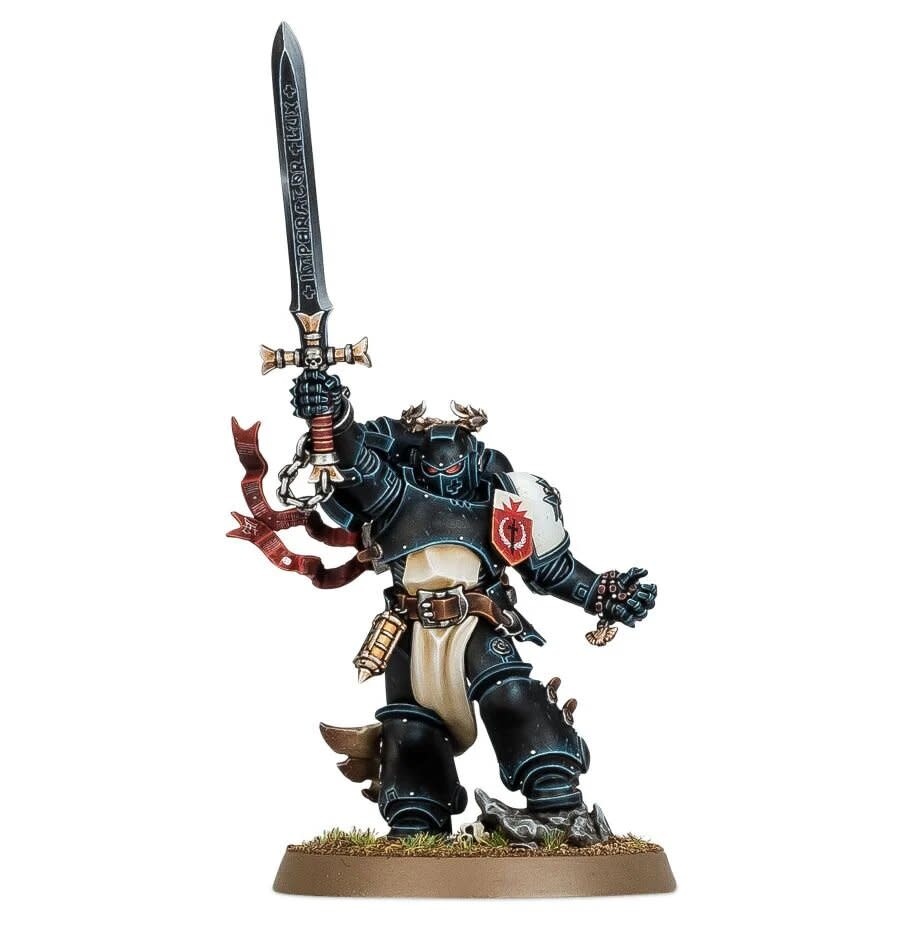 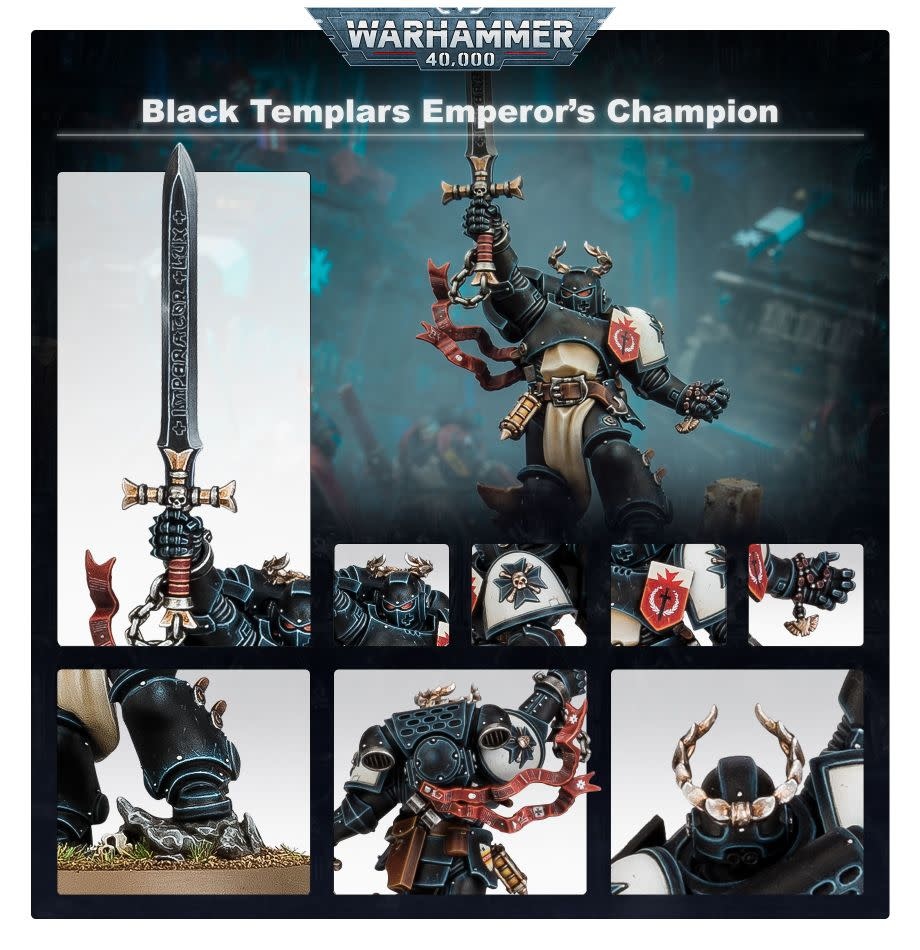 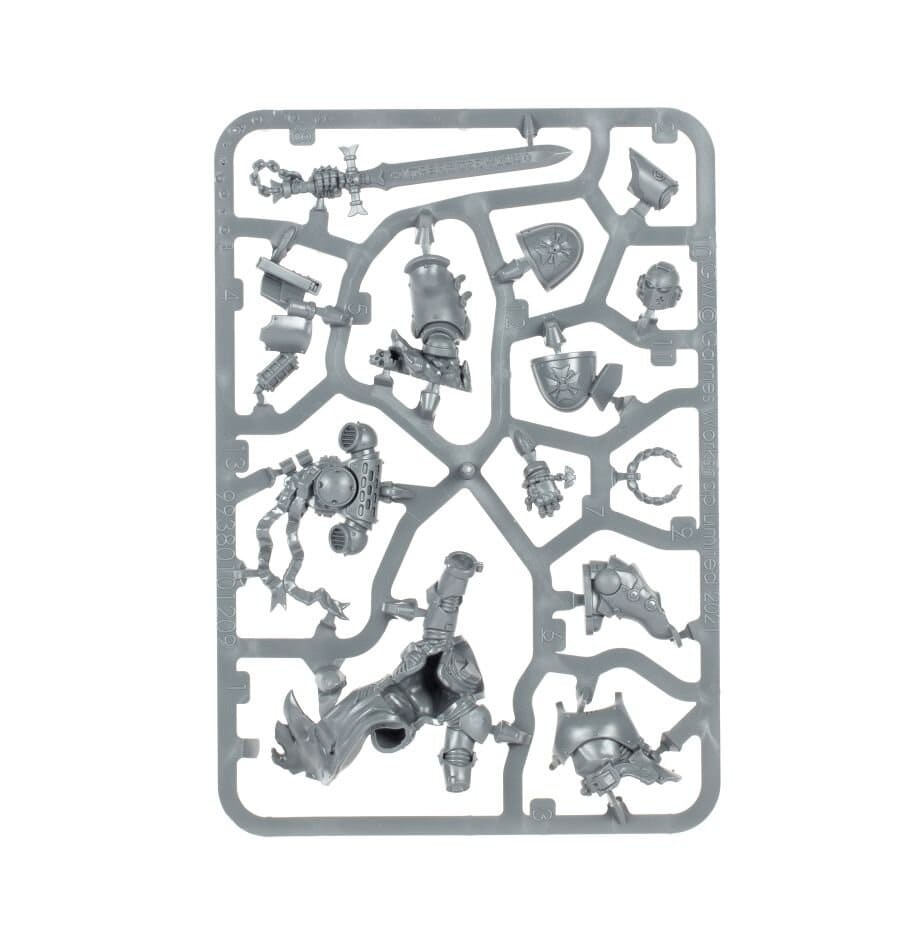 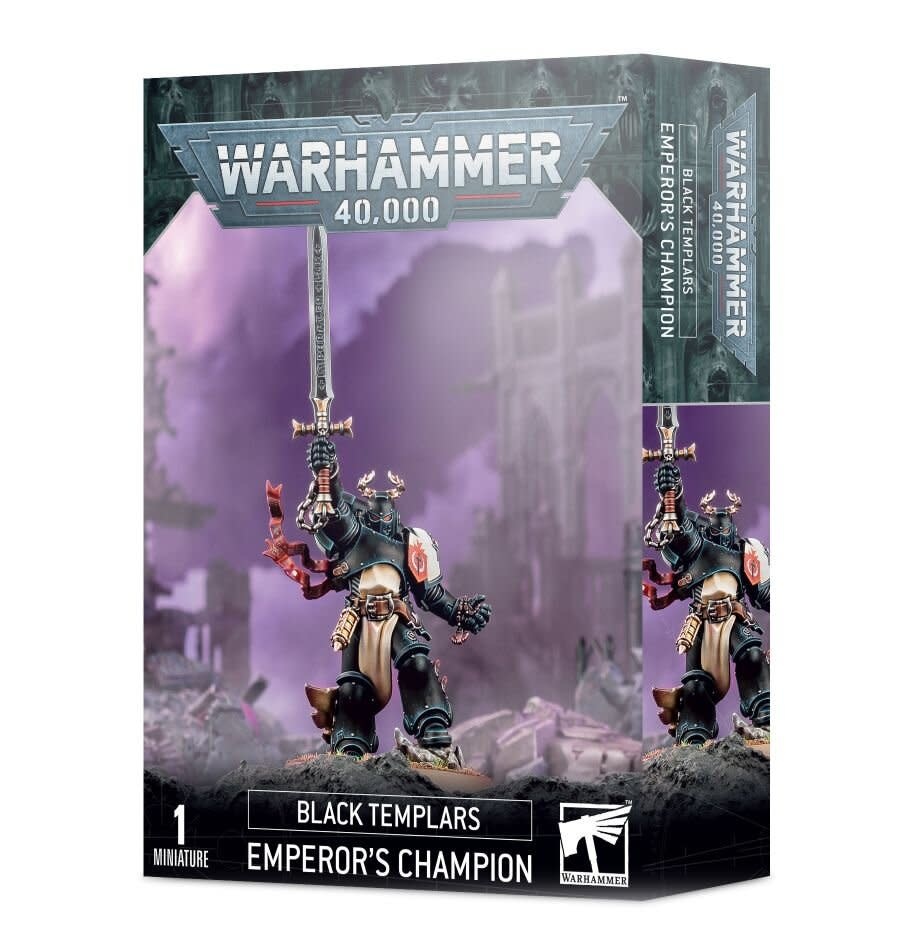 The Emperor's Champion is a humble warrior plucked out of the ranks of the Black Templars by the divine will of the Emperor himself. The furious blows of the enemy ring from his nigh-impenetrable Armour of Faith, while the Champion seeks out enemy generals and heroes and slays them with sweeping blows from his Black Sword.

Wreathed in golden light, these implacable warriors can shrug off countless wounds and, in return, strike down innumerable foes. Their holy wargear is held in the Reclusiam of the Black Templars, and should the Champion falter and fall, crusades are launched to recover these sacred armaments.

The kit is comprised of 13 plastic components, with which you can assemble one Emperor's Champion, and is supplied with one Citadel 40mm round base. These miniatures are supplied unpainted and require assembly - we recommend using Citadel Plastic Glue and Citadel paints.