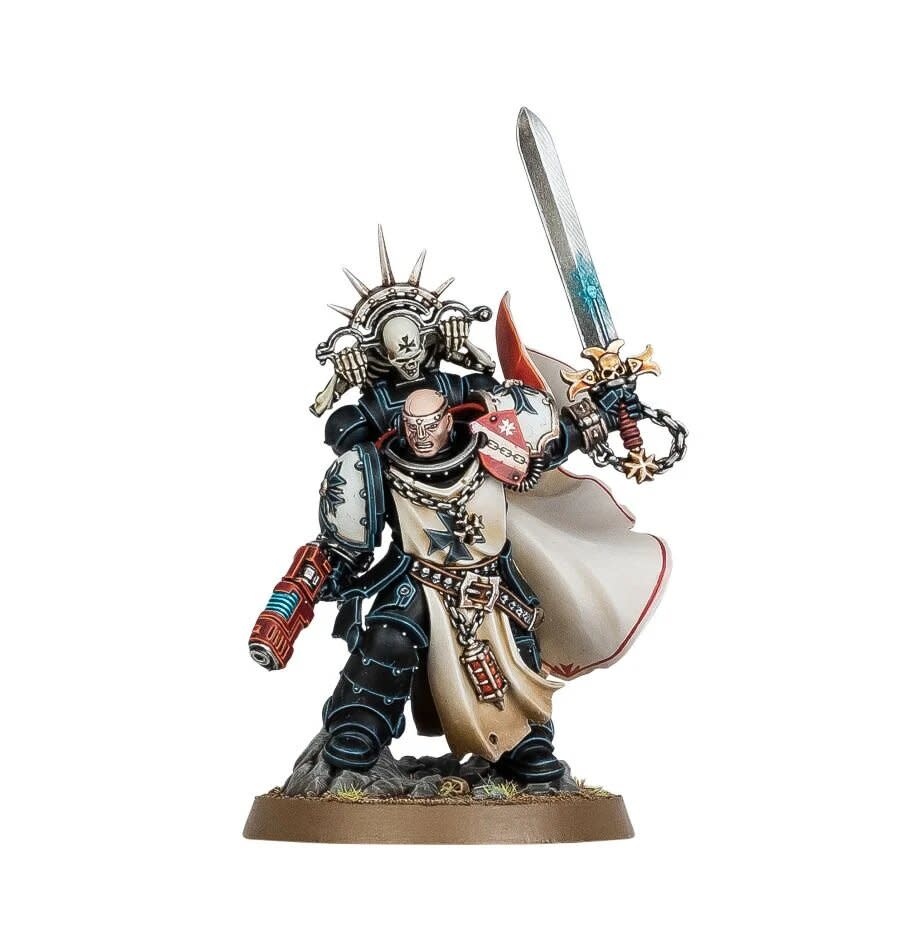 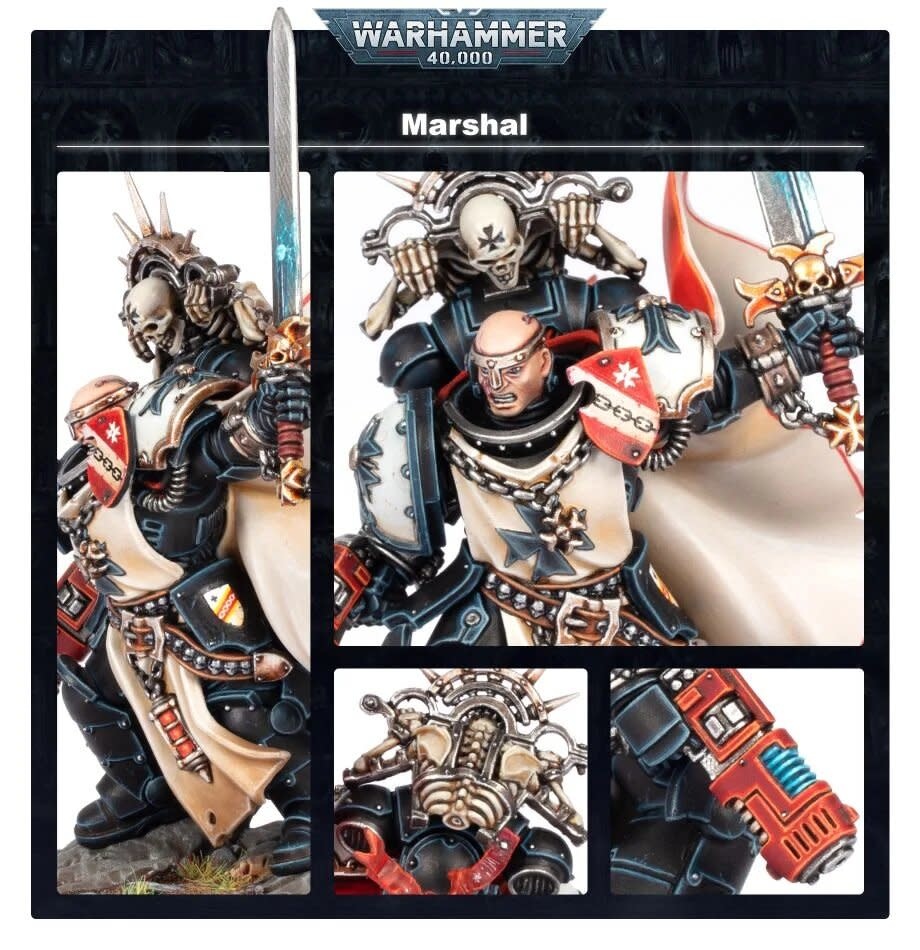 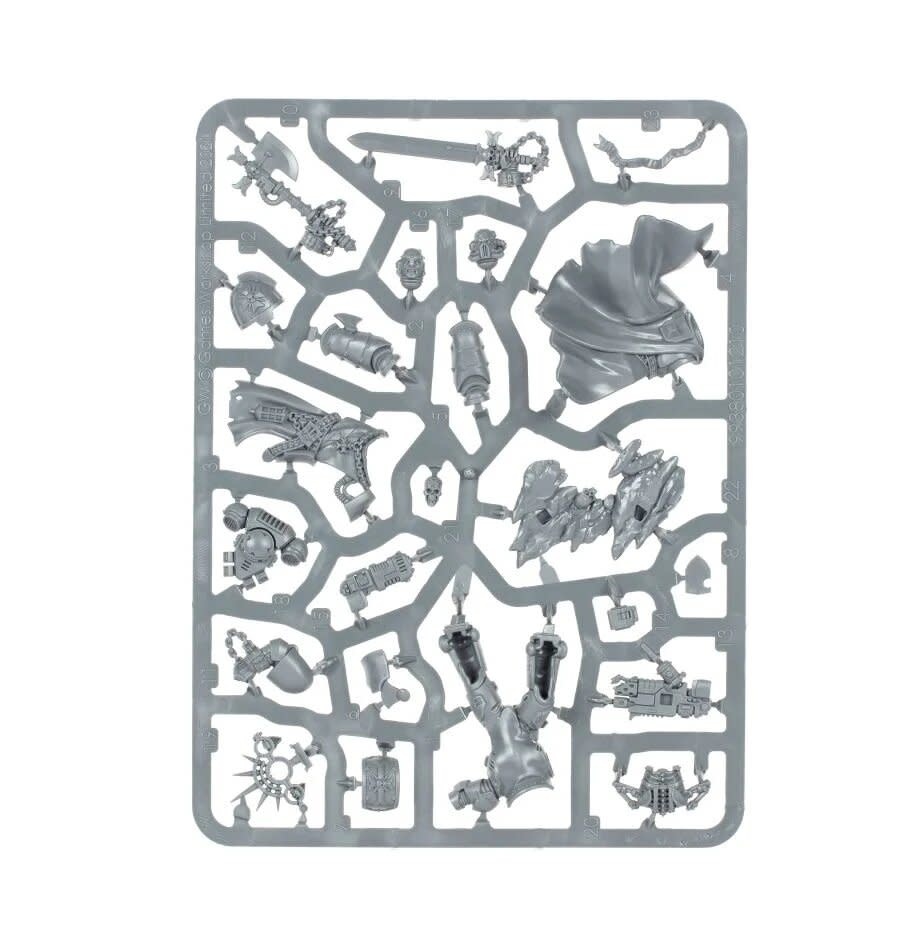 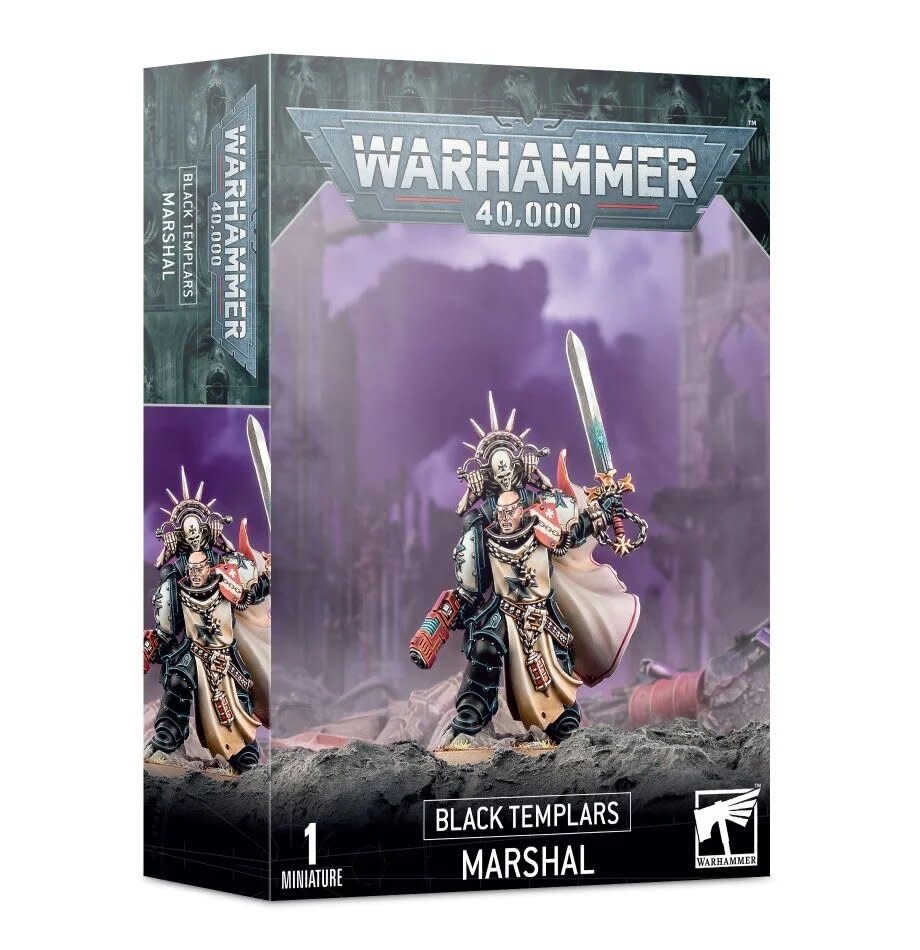 Leading their Black Templars brethren from the front lines, Marshals exemplify the strength and skill of the warriors under their command. They are paragons of strategic genius with centuries of battlefield experience, and their great deeds are often rewarded with ancient artefacts drawn from the Chapter's vaults.

Whereas Codex-compliant Chapters take to the battlefields under the command of Captains, the Black Templars are lead by the fearsome Marshals, whose commanding presence enhances the abilities of the Space Marines who fight alongside them. Armed with a choice of a power sword or power axe and a plasma pistol or auto-flamer, this mighty warrior is an ideal HQ choice. You can also choose between two heads for this marshal – both are unhelmeted, one wearing a rebreather while the other wears a circlet crown.

The kit is comprised of 23 plastic components, with which you can assemble one Black Templar Marshal, and is supplied with one Citadel 40mm round base. This miniature is supplied unpainted and requires assembly – we recommend using Citadel Plastic Glue and Citadel paints.