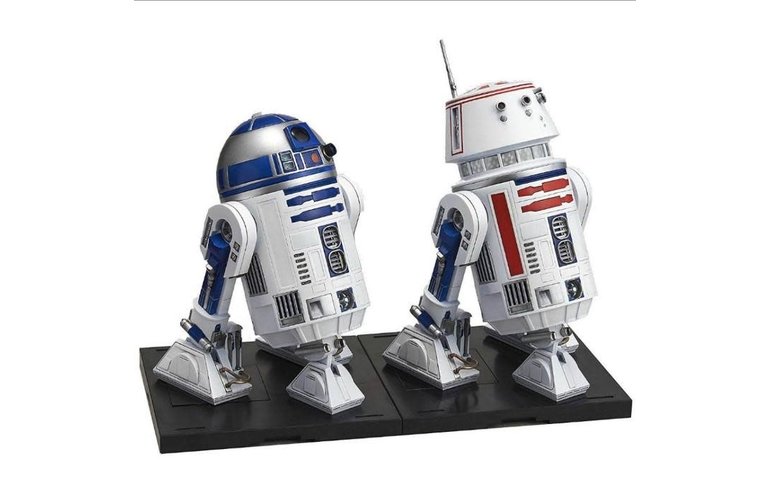 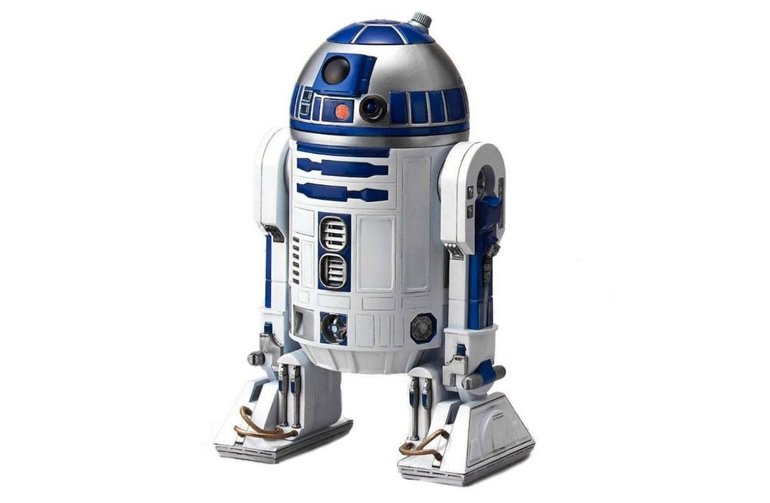 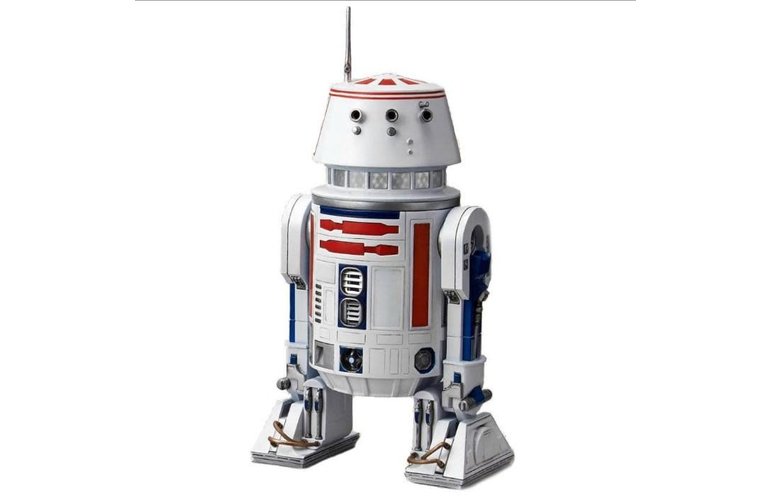 A resourceful astromech droid, R2-D2 served Padme, Anakin Skywalker, and Luke Skywalker in turn, showing great bravery in rescuing his masters and their friends from many perils. A skilled starship mechanic and fighter pilot's assistant, he formed an unlikely friendship with the fussy protocol droid C-3PO.

A red astromech droid,R5-D4 thought he'd found a home when he Jawas sold him to Owen Lars, along with the protocol droid C-3PO, But R5's motivator blew as he rolled away from the sandcrawler, forcing the Jawas to take him back in exchange for R2-D2.

This plastic model kit was made with varies modeling techniques, based on thorough review of the actual materials from the films to reproduce its style and texture.

*Assembly Required.Two sets of designated display stands are included for R2-D2 and R5-D4. The bases can be linked.