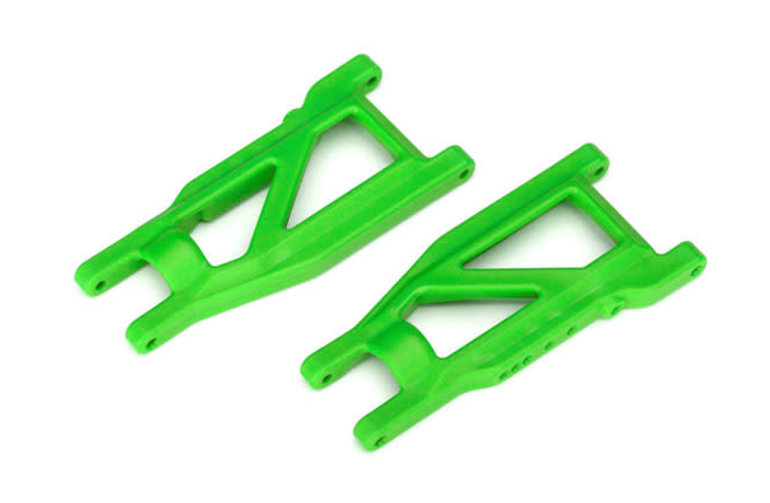 New heavy-duty suspension arms for Slash, Stampede, and Rustler feature an all-new design which incorporates our latest proprietary composite material. Traxxas designed this composite specifically for high loads and hard landings with just the right amount of flex to resist breaking—even in cold weather. Whether you’re sending it at the skate park, or preparing for the next speed run, these arms were built for extreme punishment. These arms fit the rear position of 2WD models or front and rear positions of 4X4 models.

Accesory parts for these models: